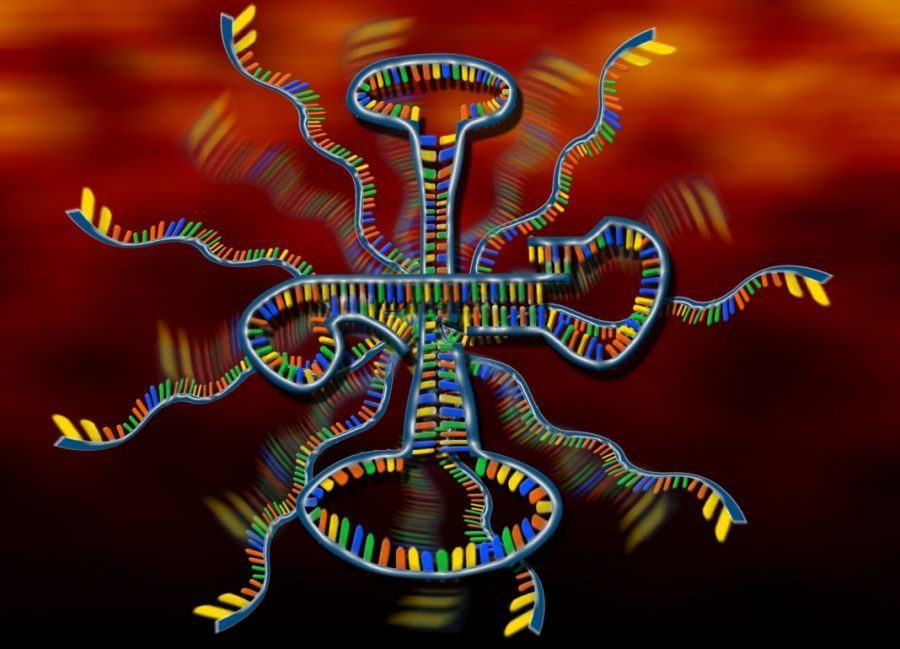 CRISPR base editors are supposed to be parsimonious. They avoid inflicting anything so extreme as a double-strand break, and they confine their genomic activities to single-nucleotide changes—reasonably on-target changes. Yet CRISPR base editors can indulge in wanton behavior, report scientists based at Massachusetts General Hospital (MGH). These scientists, led by J. Keith Joung, MD, PhD, professor of pathology, Harvard Medical School and Desmond and Ann Heathwood MGH research scholar, say that when CRISPR base editors take a walk on the wild side, they may do so throughout the transcriptome, leaving trails marked by thousands of off-target edits.

“Most investigation of off-target base editing has focused on DNA, but we have found that this technology can induce large numbers of RNA alterations as well,” said Joung. “This surprising finding suggests the need to look at more than just genetic alterations when considering unintended off-target effects of base editors in cells. We also show the feasibility of reducing these effects by creating variants that selectively reduce off-target RNA editing while preserving the intended on-target DNA activity.”

Joung is the senior author of a paper (“Transcriptome-wide off-target RNA editing induced by CRISPR-guided DNA base editors”) that appeared April 17 in Nature. The paper presents findings suggesting that scientists need to more fully define and characterize the RNA off-target effects of base editor platforms. In addition, the paper demonstrates that base editors can be modified to reduce off-target transcriptomic activity while preserving on-target genomic activity.

“We show that a cytosine base editor (CBE) with rat APOBEC1 can cause extensive transcriptome-wide RNA cytosine deamination in human cells, inducing tens of thousands of C-to-uracil (U) edits with frequencies ranging from 0.07 to 100% in 38–58% of expressed genes,” the article’s authors wrote. “CBE-induced RNA edits occur in both protein-coding and non-protein-coding sequences and generate missense, nonsense, splice site, 5’ UTR, and 3’ UTR mutations.”

In CRISPR-guided base editor systems, a modified Cas9 nuclease works with fusion proteins to reach targeted genomic sites. Also, these systems incorporate a base-altering enzyme—such as rat APOBEC1, a deaminase—to modify a specific nucleotide, thereby implementing changes that can lead to specific DNA alterations. The rat APOBEC1, for example, is used in base editor systems that change cytosine into thymine.

Using the CBE with rat APOBEC1, the MGH team investigated whether it might induce off-target RNA effects. Their experiments in both liver and embryonic kidney cell lines showed that, while the commonly used base editor they tested induced efficient edits at the target DNA site, it also led to tens of thousands of cytosine-to-uracil edits throughout the transcriptome, the full range of transcribed RNA in a cell. They found similar results when they tested one of the newer adenine-targeting base editors.

To investigate the possibility of reducing or eliminating unwanted RNA edits, the MGH team screened 16 editors with engineered versions of the deaminase enzymes, identifying two that were as efficient as the original version in inducing on-target DNA effects while inducing markedly fewer RNA edits. In fact, these SECURE (SElective Curbing of Unwanted RNA Editing) variants were even more precise than the unaltered deaminase in inducing the desired DNA edits.

“We engineered two CBE variants bearing rat APOBEC1 mutations that substantially decrease the numbers of RNA edits (reductions of >390-fold and >3,800-fold) in human cells,” detailed the authors of the current study. “These variants also showed more precise on-target DNA editing and, with the majority of gRNAs tested, editing efficiencies comparable to those observed with wild-type CBE.”

Joung noted that investigating any potential impact of these RNA effects on experimental and clinical applications of CRISPR base editing is an important next step his team is taking.

“For research applications, scientists using base editors will need to account for potential RNA off-target effects in their experiments,” he insisted. “For therapeutic applications, our results further argue for limiting the duration of base-editor expression to the shortest length of time possible and the importance of minimizing and accounting for potential impacts of these effects in safety assessments.”

“Another important area of ongoing work is extending our efforts to minimize these unwanted off-target RNA edits,” Joung added. “We are currently attempting to engineer SECURE adenine base editors and exploring the off-target RNA effects of cytosine base editors that use other deaminase enzymes than the one in the editor we investigated. Our goal is to generate a suite of base editors with minimized RNA editing activities that can be used for both research and therapeutic applications.”